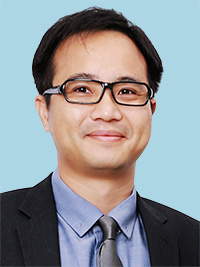 My group has been working on virulence regulation in the plant pathogen Pseudomonas syringae and the human pathogen Pseudomonas aeruginosa, which cause deadly infections and huge economic lost worldwide. Pseudomonas bacteria rely on quorum sensing (QS) systems and type III secretion system (T3SS) to invade their hosts. However, their regulatory network and signaling cascade are very complicated and largely unknown. Research in our group has led to the identification of a variety of new virulence factors and mechanisms. Tuning their expression and developing an inhibitor are of importance for the development of strategies to control Pseudomonas infections.

My group also works on RNA epigenetics in bacteria. Although N6-methyladenosine (m6A) is the most abundant messenger RNA (mRNA) modification in eukaryotic organisms, very little was known on m6A in bacterial mRNA. We have mapped the first m6A methylomes in bacteria, and found a unique pattern other than eukaryotes. Our work demonstrates that m6A exists in the bacteria kingdom, which suggests its important roles in gene regulation.

Our work was published 50 papers in journals such as Cell Host Microbe, PLOS Biology, Nucleic Acids Research, Journal of Bacteriology, and Molecular Plant-Microbe Interactions, which received more than 2,211 citations.