The Deng Lab welcomes you! Our research focuses on the molecular biology of microbial pathogenesis, signal transduction, and epigenetics in disease. 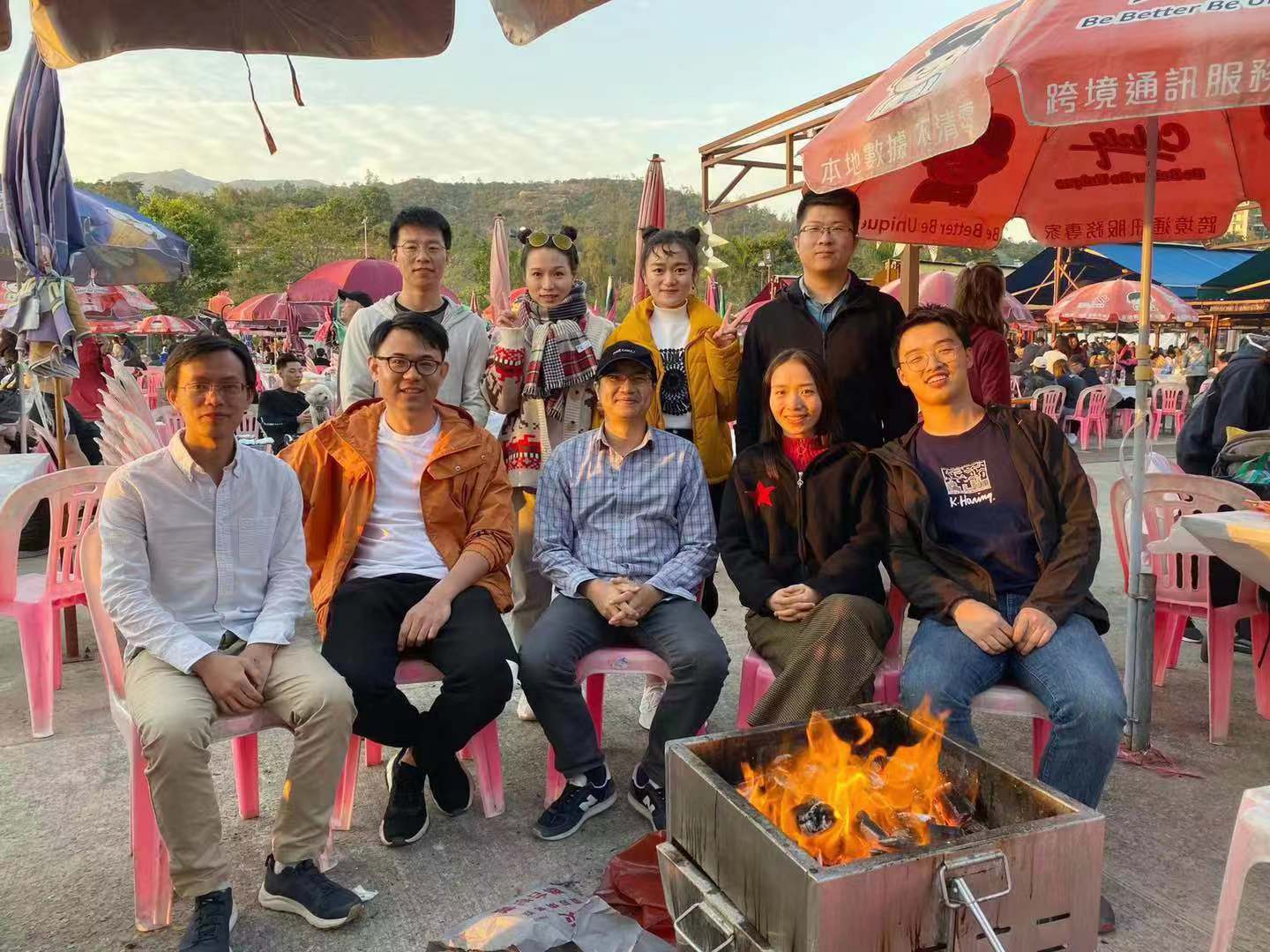 
The emergence and spread of various multidrug-resistant bacterial strains have posed alarming challenges to public health and agriculture worldwide. Public demand for new antibiotics is enormous, yet drug development pipelines of the pharmaceutical industry started to run dry with limited targets available for inventing new bactericidal antibiotics. It is important to uncover potential therapeutic targets. Our group has been working on virulence regulation in the human pathogen Pseudomonas aeruginosa and plant pathogen Pseudomonas syringae, which are of world-wide importance. These pathogens rely on quorum sensing (QS) systems and type III secretion system (T3SS) to invade their hosts. However, how these systems are regulated remains largely unknown. Research in our group has led to the identification of a variety of new virulence factors and mechanisms. Tuning their expression and developing inhibitors are key for the development of strategies to control Pseudomonas infections.

Pseudomonas syringae is a model organism for plant pathogenic bacteria, and is widely considered as the Top 1 plant bacterial pathogen, causing deadly diseases and huge economic lost in agriculture worldwide. During the past 14 years, we have screened a series of transposon-insertion libraries, and identified over 200 mutants displaying compromised expression of T3SS genes in P. syringae. Our previous studies demonstrate that a group of key regulators (such as AefR and RhpRS) and new regulatory mechanisms (such as Lon and HrpS) enable P. syringae to coordinate T3SS gene expression. Our long-term goal is to understand the missing signal(s) and overall signaling pathways that regulate T3SS, and leverage the outcomes of our studies to develop better therapies against P. syringae infection. 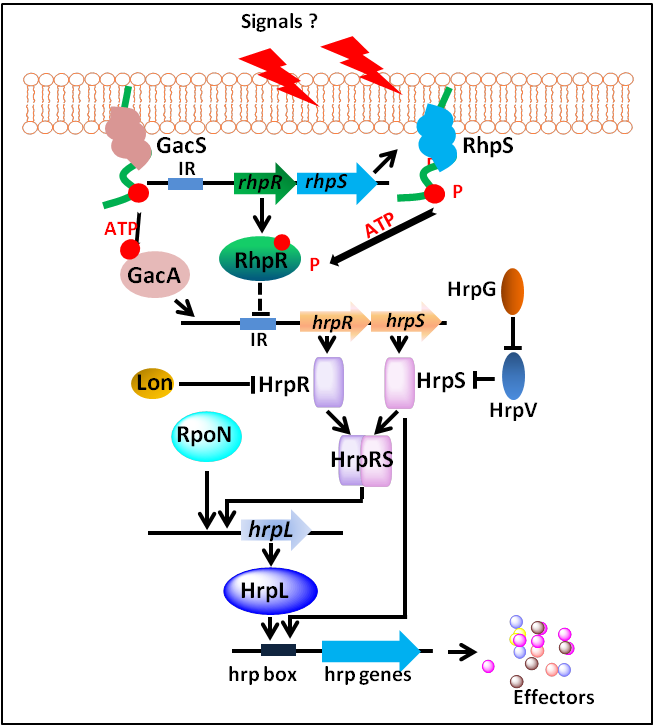 P. aeruginosa is one of the most commonly-isolated nosocomial pathogen, accounting for 10% of all hospital-acquired infections worldwide. In 2017, the World Health Organization (WHO) published its first ever list of antibiotic-resistant "priority pathogens" — 12 families of bacteria that pose the greatest threat to human health, and carbapenem-resistant P. aeruginosa was ranked as the Top 2 with critical priority. Recent research in my lab has led to the identification of a variety of new virulence factors of QS and their molecular mechanisms. Our long-term goals are directed at identifying new virulence factors and investigating the molecular pathogenesis in this bacterium. We plan to comprehensively understand it overall regulatory network, which will help to develop novel and effective approaches against P. aeruginosa infection. 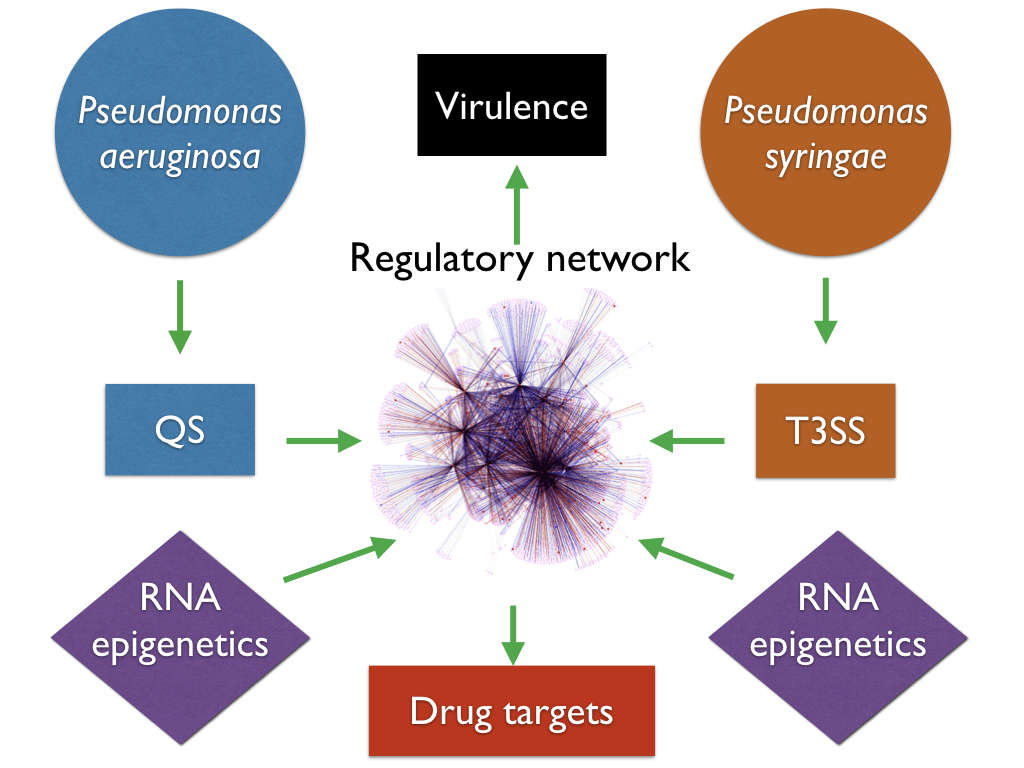 The other topic in our group is RNA epigenetics in bacteria. N6-methyladenosine (m6A) is the most abundant messenger RNA (mRNA) modification in eukaryotic organisms. Identification of demethylases, methyltransferase and m6A-specific binding proteins in eukaryotes indicates regulatory functions of this RNA modification. However, very little was known on m6A in bacterial mRNA. We have mapped the first m6A methylome in bacteria, and found a unique pattern other than eukaryotes. Our work demonstrates that m6A exists in a wide-range of bacteria, which might play important roles in gene regulation. We plan to reveal m6A-associated proteins and their important biological functions in bacteria. 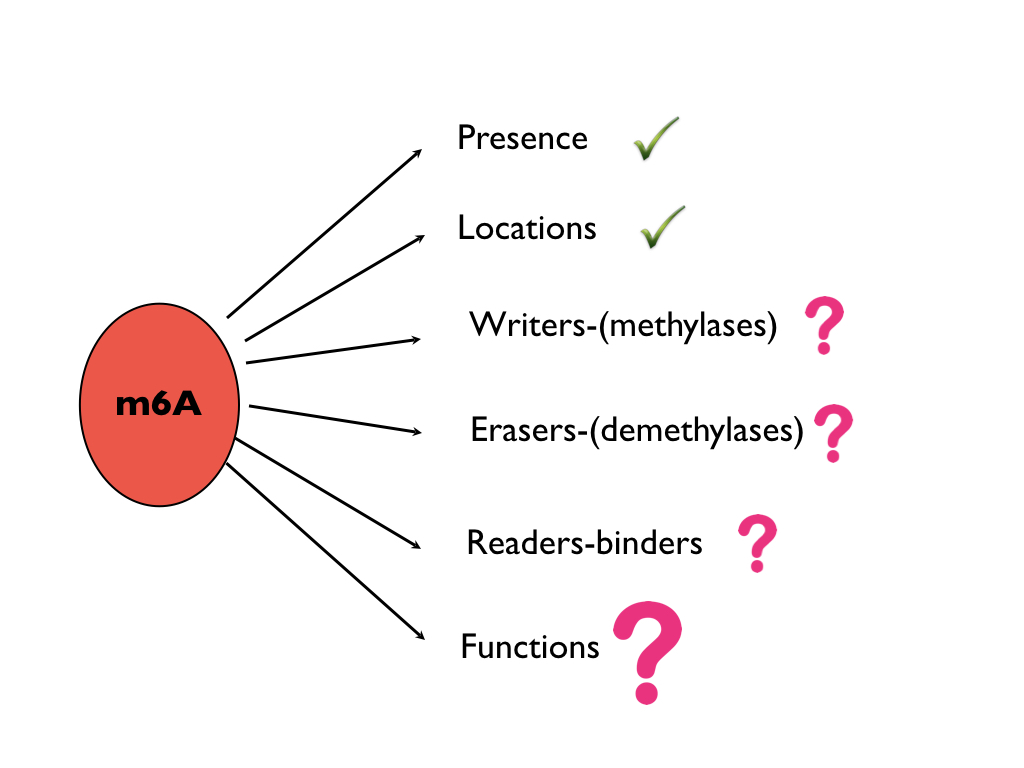